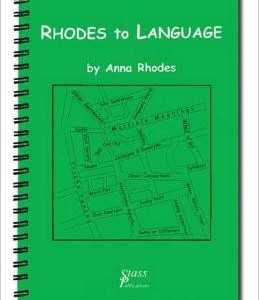 It can be incredibly easy to take developing literacy and language skills for granted, as for the majority of pupils this is something that comes naturally. To better appreciate these difficulties, we can compare them to learning a new language ourselves.

Beginning to learn a foreign language makes us acutely aware of the importance of being able to understand various types of vocabulary, questions, negatives, colours, plurals and the order of words. Contextualising verbs to make sense of the new language can be an absolute minefield! For instance, in French we may describe the noun first and the colour second, the English language however is the complete opposite.

What is the approach?

Rhodes to language has been specifically created to teach and develop children’s language comprehension.

This book is based around 179 pages of games and activities that can be used with a wide range children between the ages of 7-16. Above all this book is practical to use not only in the classroom but with children on an individual basis too.

The nine sections within the book are as follows:-

The skills which a child can gain include:

Rhodes to language can be used as a whole school approach to improve language comprehension, vocabulary and grammar.

Who can the approach be used with?

Children who often benefit from this system have:

Who can deliver the approach?

This approach can be implemented by therapists, school/support staff and family members.

A Speech and Language Therapist will work in collaboration with significant people in the client’s life to set up the programme.

Who we work with