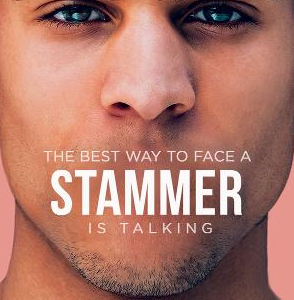 October 22nd 2016 was International Stuttering Awareness Day. The day is intended to raise public awareness of the millions of people – one per cent of the world’s population who have the speech disorder of stuttering, also known as stammering.

ISAD began in 1998 and each year includes an online conference, running annually from October 1 to 22 each year, targeted at people with an interest in stuttering as well as speech-language therapists and their clients. It also includes public awareness events, a media campaign, educational activities and online resources.  You can check out this year’s conference at isad.isastutter.org. It is free to access.

There are papers from around the world, by people who stammer and professionals, and an ‘Ask an Expert’ section. You can comment on the papers and ask the presenters questions.  It’s definitely worth checking out.

So, in support of ISAD I’m going to talk a little bit in this blog entry about stammering (as we call it in the UK).  Before I tell you more about what a stammer is I’d like to talk to you about “fluent speech”.

Fluency refers to the way in which we speak.  Most of us will have the odd hesitation or mispronounce a word from time to time, but fluent speech will be smooth, with sounds, syllables, words and phrases joined together correctly, whereas non-fluent speech has breakdowns in it, with parts of speech being repeated.  In our profession we think of fluent speech as being like a nice, smooth road, without any lumps or bumps, with the traffic flowing smoothly.  Whereas, non-fluent speech is like a road full of uneven surfaces so that anyone driving on them will have a rough ride.  The road is full of lumps, bumps, road blocks and halting traffic.

There are two types of fluency disorders:

What is a stammer?

Stammering is when the flow of speech is disrupted by involuntary repetitions and prolongations of sounds, syllables, words and phrases.  In addition people with a stammer experience involuntary silent pauses or blocks when they are unable to produce sounds.  A person who stammers has a coherent pattern of thoughts, but can’t express those thoughts.

Approximately four times as many men as women stammer, encompassing 70 million people worldwide, or about 1% of the world’s population.

The impact of stammering on a person’s functioning and emotional state can be severe. This may include fears of having to produce specific vowels or consonants, fears of being caught stammering in social situations, self-imposed isolation, anxiety, stress, shame, being a possible target of bullying, using word substitutions and rearranging words in a sentence, or a feeling of “loss of control” during speech.

Stammering is sometimes seen as a symptom of anxiety, but there is actually no direct correlation in that direction (although as the opposite can be true and people develop a social anxiety as a result of it.

Stuttering is generally not a problem with the physical production of speech sounds or putting thoughts into words.

The disorder can be variable, meaning that certain situations, like talking on the telephone or in a large group, can make it worse.

No-one knows what causes it; both genetics and neurophysiology are thought to contribute.

There is another type of fluency disorder that we are beginning to have more information about.  It is called “Cluttering”.  Yep, that’s right “cluttering” and it does not mean people who are untidy!!!!!

Cluttering is when the flow of speech is disrupted by a rapid and/or irregular speaking rate, excessive dysfluencies such as interjections and revisions, and often other symptoms such as language or phonological (sound) errors and attention deficits.  These errors can take the form of:

A clutterer has no problem putting thoughts into words, but those thoughts become disorganised during speaking. Cluttering affects not only speech, but also thought patterns, writing, typing, and conversation.  There is often temporary improvement when asked to “slow down” or “pay attention” to speech (or when being tape recorded).  Cluttering can impact upon a person’s social or vocational life just as seriously as stammering.

Written by Alison Mann on behalf of Integrated Treatment Services

Who we work with